Good Morning all my wonderful friends in "Bloggyland"!  Mommie looked at my posts and said it's been almost a whole month since I wrote anything, and she was afraid people would forget all about me if I don't write something soon! Of course, I've been very busy behind the scenes this past month, helping with Mommie having surgery and having to recuperate, and then there was Halloween and I helped her with the "trick or treaters", , and then we had that Blustery day last week, and even though you didn't see me, I was helping Mommie bake cookies and hobo stew and stuff...so I've been pretty busy, but you just didn't know it!
So when I woke up this morning I saw some things I had never seen before and I wanted to tell you all about them.
Something new had been added to our fall decorations!  I was looking for my friend the Scarecrow and the Jack o' Lantern to say good morning to them like I usually do when I wake up, but they weren't there! Instead I found these two people standing there holding turkeys and pumpkins and vegetables, and they are wearing funny hats and clothes, and I asked Mommie, "Who are these people, and where is my friend Scarecrow and Mr. Jack O' Lantern?" 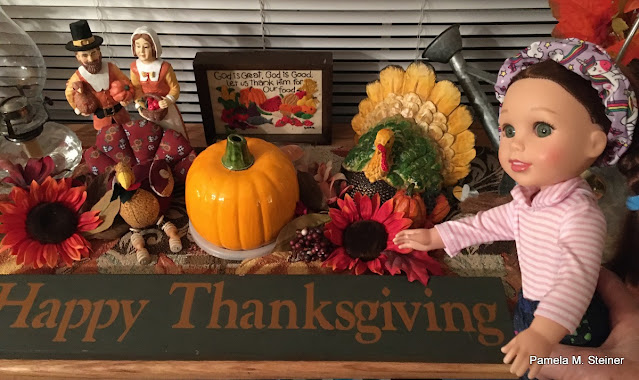 So Mommie explained, "Mr. Scarecrow and Mr. Jack o' Lantern have gone away until next year because Halloween is over, and that is their special time to come out and visit with us.  But on their way to their home for the winter, they passed these folks on the road and told them the way to our house, where they would be well taken care of and be very happy for this season of Thanksgiving." 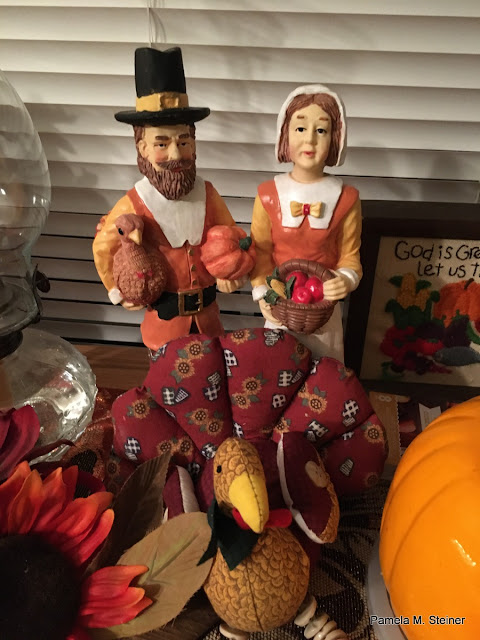 But I was still so confused, because I don't know anything about these people. Who are they? And where did they come from? 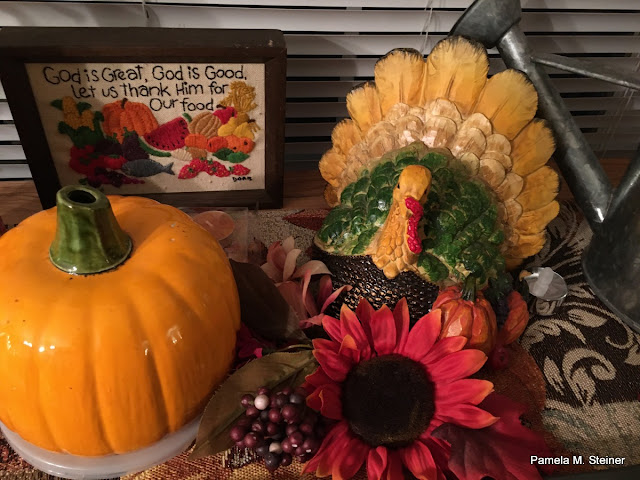 So Mommie told me all about the "Pilgrims" and how they came here to America over 400 years ago! Wow! That's a LONG time ago!  Mommie said that way back in the year 1620 a large group of people called "Puritans", or the Pilgrims, got on a big ship in England called "The Mayflower", and sailed way across the sea to America so that they could practice their faith in God the way they wanted to without the King of England telling them they had to do it his way.  They were very devout Christians who wanted to have a better place to live and worship God and live in freedom.
So they arrived in America at the beginning of winter, and many had been sick on their long journey across the sea. Some had even died.  And when they finally got to the land of America,
they had to start completely over with nothing.
They had to build their own houses and find food and try to stay warm, and it was a very difficult time.
But they had a lot of faith in God, and they prayed to God and He helped them. 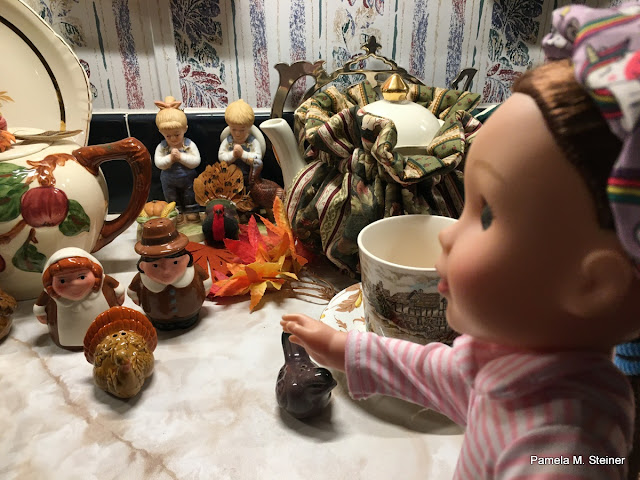 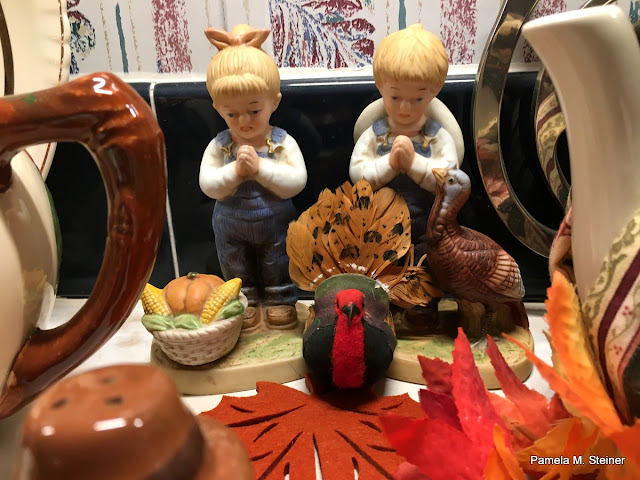 There were some kind Native American people there who actually helped them find food and showed them how to grow their own food. 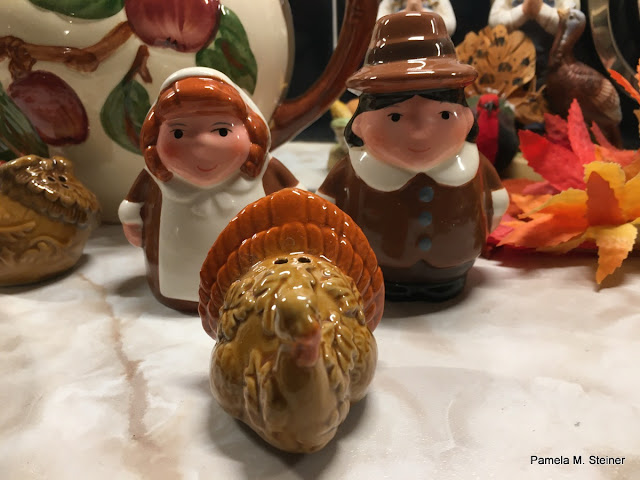 And the Pilgrims were so thankful to God for how He had helped them that they wanted to have a great feast to celebrate. And so, one year after the Pilgrims had landed in America, those who had survived the first year gathered together with their families and the kind native American people who had helped them so much, and they had a great feast.
And that was called the first "Thanksgiving". 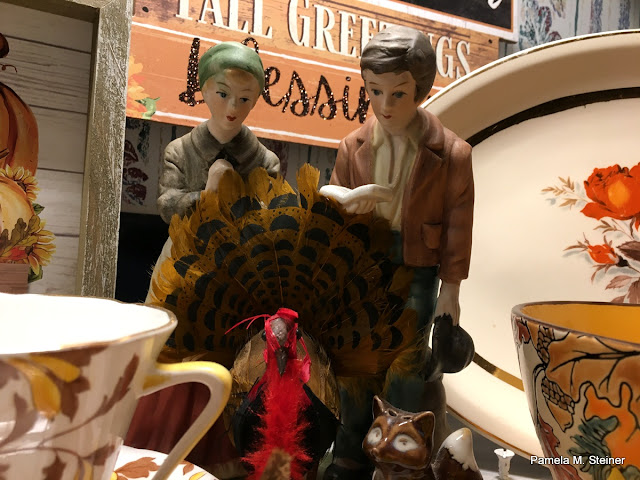 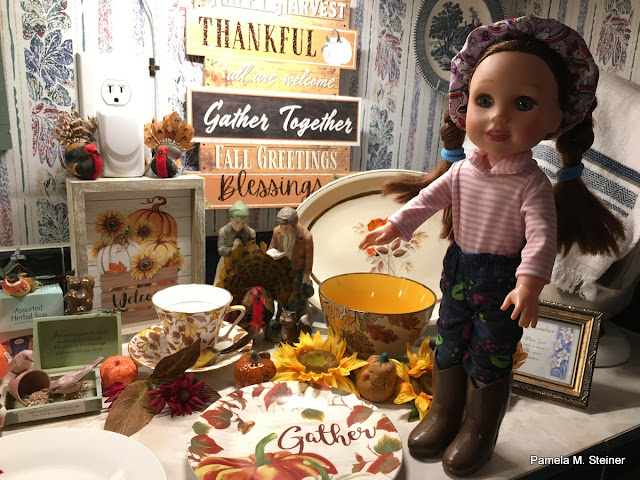 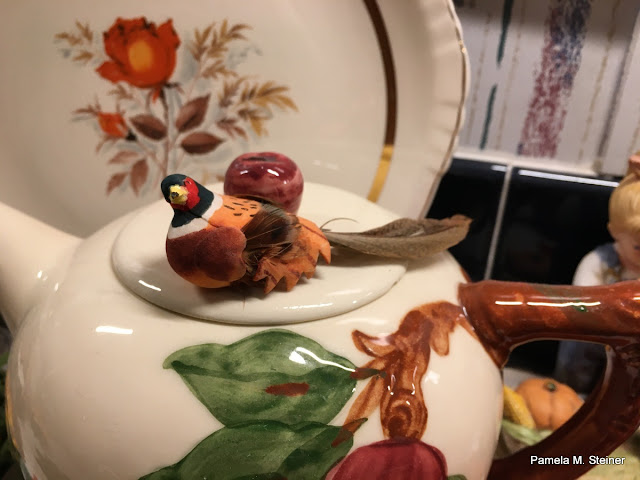 I was SO excited to hear this story and to see all these thankful people, the Pilgrims and their friends.
I am happy that now we celebrate Thanksgiving every year in memory of that first special day,
and to also thank God for all our blessings that He has given to us so abundantly. 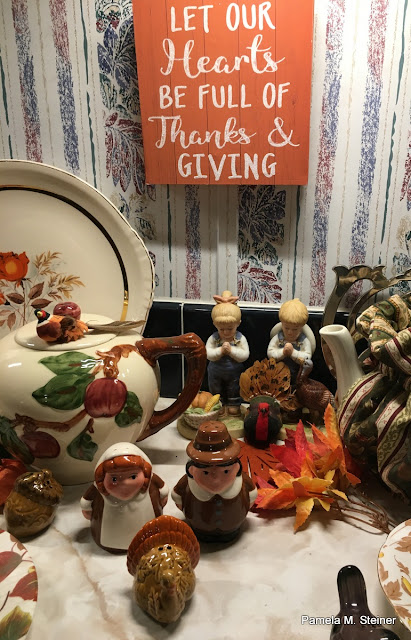 Mommie says Thanksgiving day is a wonderful time of eating lots of good food, like turkey and stuffing and sweet potatoes and cranberries and pumpkin pies, and Oh My! So many wonderful things I can't wait!!  But most of all to stop and tell God how thankful we are for all His blessings. 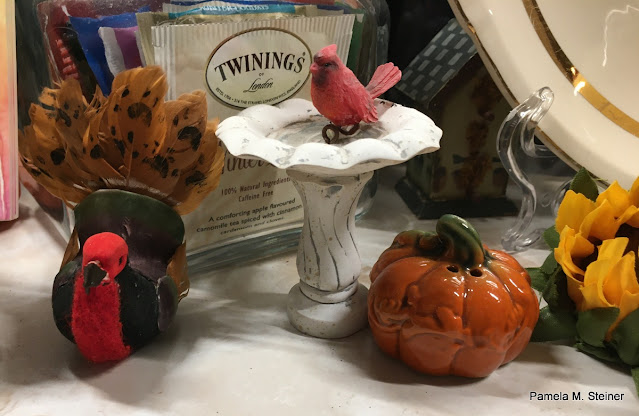 This will be my very first Thanksgiving, and I am very very thankful that God sent me here to live with Mommie and Daddy and all my family. And that He showed me how to write these special stories to share with you, my friends in Bloggyland!
I hope that you and your family will have a very Happy Thanksgiving too!

Oh, here's another special song that Mommie says we will sing on Thanksgiving Day:
Come Ye Thankful People Come
I hope you enjoyed this little story, and that it has helped prepare your heart for Thanksgiving too!
I'm so happy I got to learn about the Pilgrims today, aren't you?
Bye bye for now!
Love,
Lily Grace
xoxoxoxoxoxo
at November 13, 2021

I am so happy you have come to visit with me today. Please sign my little guestbook so I will know who you are and we can get acquainted!

Today is My Birthday!!

It is very hard to believe that it was just one year ago that I arrived here at my new Mommie and Daddy's home for the very first time!... 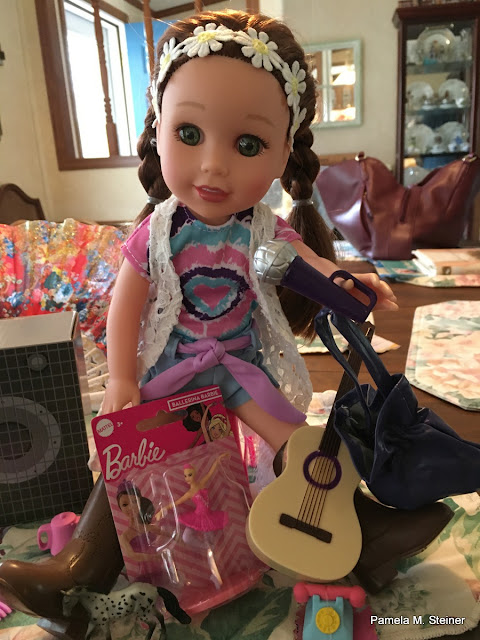 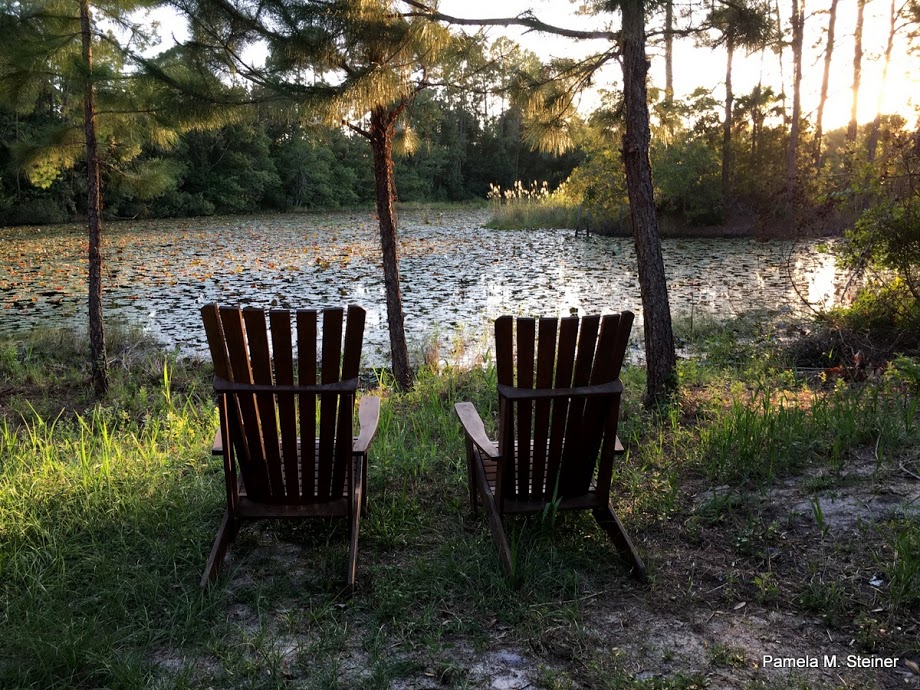